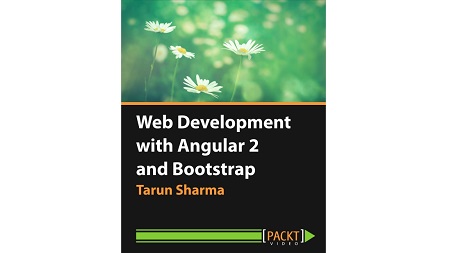 This course demonstrates how to write dynamic, feature-rich Angular 2 applications with Bootstrap’s responsive layouts and end-to-end testing techniques. We will set up our development environment with Angular 2 and ES6 with TypeScript. In Angular 2, everything is a component using TypeScript annotations. This course takes a component-centric approach, using them as the main point of discussion to help you learn the core concepts in Angular 2. You’ll also get to grips with Bootstrap to create and design web applications that are elegantly styled with a responsive user interface.

If you have been building applications with 1.x versions of Angular, this course will also lay down the migration steps required to port your application to the newer version without disrupting the functionalities. Throughout this course, you will learn about the advanced features of Angular 2 such as components, views, event handlers, directives, dependency injection, services, routing, and data binding using Bootstrap styling. Finally, we’ll end the course by implementing all that you’ve learned using Angular 2 web components and BootstrapUI.

By the end of the course, you’ll be ready to start building quick and efficient applications with a stunning interface that takes advantage of all the new features on offer from both Angular 2 and Bootstrap.