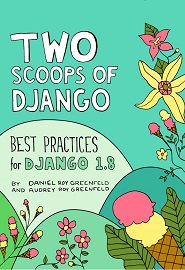 We’ll introduce you to various tips, tricks, patterns, code snippets, and techniques that we’ve picked up over the years.
We have put thousands of hours into the third edition of the book, writing and revising its material to include significant improvements and new material based on feedback from previous editions.
What is everyone saying about Two Scoops of Django?