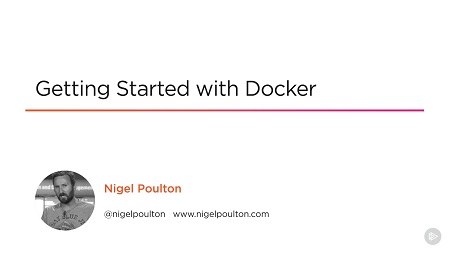 This course will get learners quickly up to speed with the fundamentals of Docker and containers. The course includes major new features introduced in Docker 1.12, including Swarm mode, services, and stacks.

There have been some major changes to Docker that were introduced with Docker 1.12, and this course, Getting Started with Docker, will help get you up to speed. You’ll start with installing Docker on the most common development and production platforms – Windows and Mac laptops, Windows Server 2016, and Linux. Next, you’ll get to see some fundamental concepts of containers and images, including how to perform common management tasks. You’ll also spend a good deal of time covering all the new stuff introduced with Docker 1.12, including Swarm mode, services, scaling, rolling updates, stacks, and distributed application bundles. After this course, you’ll be up and running with some of the game-changing improvements announced with Docker 1.12 and have a solid understanding of the fundamentals of Docker.