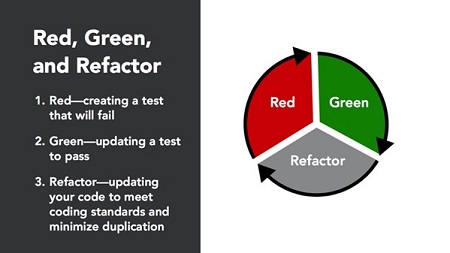 In this course, Reynald Adolphe explains the principles of test-driven development and shows how to apply them to two different C# workflows. First, he creates a new test-driven project. He writes the test cases before the code to drive the design of the program. In the second scenario, he writes test cases for an existing C# project, to find bugs before it goes live. Along the way, Reynald uses Microsoft’s MSTest, but he also introduces other testing tools (such as the unit testing framework xUnit and the mocking framework Moq) and theories (such as the red-green-refactor mantra and SOLID principles) that make test-driven development so efficient.