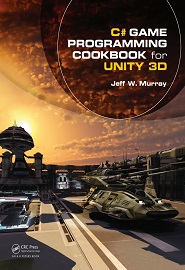 As I was starting out as a game developer, as a self-taught programmer my skills took a while to reach a level where I could achieve what I wanted. Sometimes I wanted to do things that I just didn’t have yet the technical skills to achieve. Now and again, software packages came along that could either help me in my quest to make games or even make full games for me; complete game systems such as the Shoot ’Em-Up Construction Kit (aka SEUCK) from Sensible Software, Gary Kitchen’s GameMaker, or The Quill Adventure System could bring to life the kinds of games that went way beyond anything that my limited programming skills could ever dream of building. The downside to using game creation software was that it was tailored to create games within their chosen specific genre. If I wanted to do something outside of the limitations of the software, the source code was inaccessible and there was no way to extend or modify it. When that happened, I longed for a modular code-based system that I could plug together to create diffeent types of games but modify parts of it without having to spend a lot of time learning how the entire system internals work—building block game development that I could actually script and modify if I needed to. After completing my first book, Game Development for iOS with Unity3D, I wanted to follow up by applying a modular style of game building to Unity3D that would provide readers with a highly flexible framework to create just about any kind of game by “plugging in” the diffeent script components. My intention was to make a more technical second book, based on C# programming, that would offerextensibility in any direction a developer might require. In essence, what you are holding in your hands right now is a cookbook for game development that has a highly flexible core framework for just about any type of game. A lot of the work I put in at the start of writing this book was in designing a framework that not only made sense in the context of Unity but also could easily cope with the demands of diffeent genres.